Home google adsense How to Avoid Getting Banned By Google Adsense

How to Avoid Getting Banned By Google Adsense 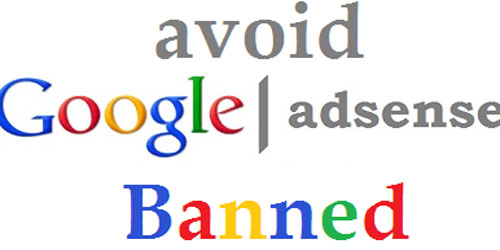 Getting banned from Google Adsense is probably one of the worst thing you can do in your entire life, OK, maybe I’m over exaggerating but it can be a serious burn if you are trying to get into the CPC advertising sector.

Don’t click your own Google Adsense ads: This is definitely the most obvious one, if you were to click your own ads, then you would be banned from any Advertising websites, so it’s one of the simplest rules.

Do not ask your friends and relatives to click on your ads: This will make Google Suspicious if they keep receiving clicks from those specific houses, it will eventually get you banned.

Do not join click exchange programs: Click Exchange programs are seriously bad; if Google were to receive many clicks simultaneously then they would want to know what’s up? And they would eventually realize that you have joined an exchange and ban you.

There are many more rules that you should follow but these are probably the most important ones, I would recommend reading the Google Adsense Terms and Conditions, so that you fully understand how to avoid getting banned.

The reason for this small post was just to say that you better not get banned from Google Adsense as that means that they no longer want to do business with you and will probably never work with you again in the Adsense area.