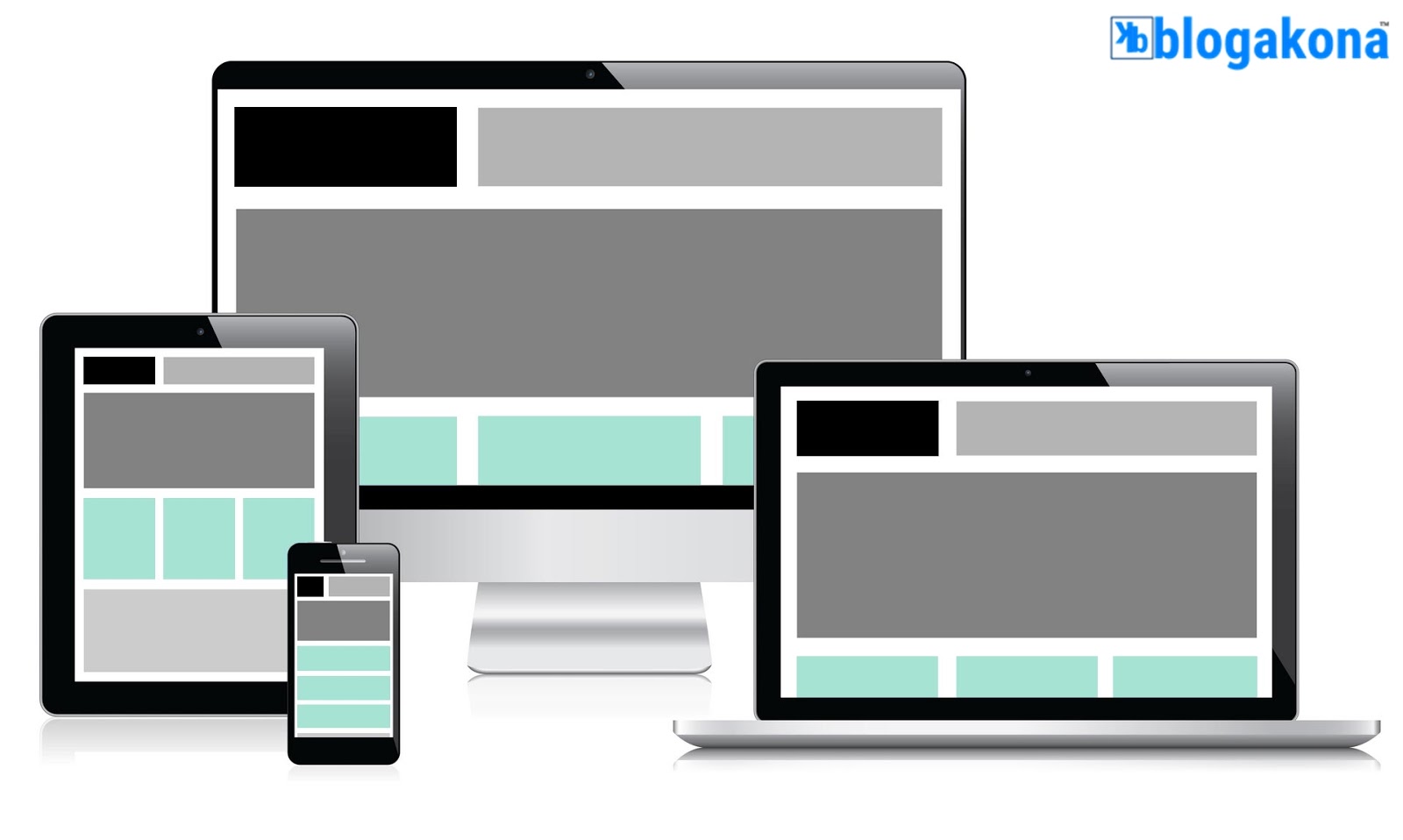 Still waiting for a sign from above to compel you to take the necessary steps to tweak that old site of yours so it can finally be classified as “Responsive” and “Mobile friendly”?

It’s 2017… Your Site Should Be Optimized For Mobile!

The multinational conglomerate and leader in search has removed its ‘Mobile-Friendly’ label from its results, something first introduced in 2014. Why the shift toward removal, you might ask?

Aside from their goal of simplifying mobile search and helping users better find the content they’re seeking, this change is in large part due to the fact that 85% of most websites are already mobile-friendly!

It may seem counterintuitive, but it’s not. Its removal suggests mobile-optimized sites are no longer a suggestion from Google but now more of an expected and assumed reality.

In fact, this new direction by Google should come as little surprise to some, especially those who recall the news in 2016 when the company announced they would be adopting “Mobile-first” indexing over Desktop-oriented indexing.

Their algorithms will now primarily use the mobile version of a site’s content to rank pages from that particular site. So if you’re not mobile-friendly yet, this is your call-to-action!

Those changes were implemented last November, but you probably haven’t felt them yet. Indeed, Google took baby steps in the months thereafter before transitioning and rolling out the widespread change.

But having not quite felt—or noticed—a difference in your Google Pagerank ranking doesn’t necessarily mean that you should continue sitting on your… couch.

Is your site Mobile-friendly? Check it with Google’s official tool!
If you already have a mobile version of your site set up OR a responsive one, here’s Google’s official “Mobile-Friendly” site checker and testing tool we highly recommend you give a whirl. It’s quite nifty!

And if you’ve made changes to your site, don’t forget to inform Google by going to Google Search Console to Fetch your URLs, so the search engine will reevaluate it.

Intrusive ads are so in the past! Be flexible with mobile in 2017

Your can’t-miss-it offer that USED to convert like crazy is now the shred of what it used to be!

It could be because its one-time, hard-to-skip design is now a problem and is no longer the conversion catching magnet and asset it once was.

If you’re wondering why, it’s because back in January, Google announced penalties for sites that incorporated intrusive interstitials and pops that made content less accessible on mobile devices.

Since mobile use is now higher in the US (51%) than desktop (42%), Google decided to implement measures to help users find the best answers to their questions more quickly, regardless of the device they’re using.

You know those pops that seemed next to impossible to skip without doing whatever…? Well, now if they appear, you will surely receive a penalty from Google. Which means a drop in the results, and less traffic for you.

Thing is, penalties could be manual, which means they might give you a warning via email before it’s applied, or they can also be automatic. You may very could see a drop in conversions without knowing why. That’s when you know you’ve been ghosted!

If you’re wondering what Google considers intrusive, here are some examples from the master of search themselves: 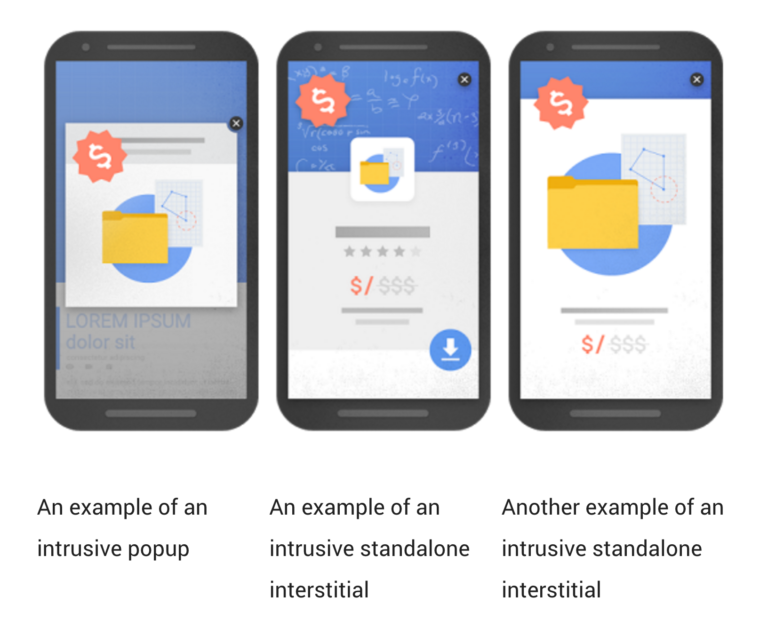 All pops and interstitials that are difficult to minimize or close, that take up the entire screen or blur the content will be penalized. With some exceptions…

Those who display age verification or cookie usage won’t be penalized, as well as login dialogs on sites where content is not publicly indexable.

Smaller banners that use less screen space won’t be penalized either. So don’t burn your house down just yet! Reducing the size of your pops might mean a slight decrease in conversions, but it will allow you to stay in the Google game, and the true value there is immeasurable.

Remember that when you make you’re contemplating intrusive vs. non-intrusive…

You’re getting traffic, but is it quality traffic?

Google found that almost 70% of users who encountered an intrusive ad left the site, never to return. And if these users appear to spend more time on your site with interstitials opposed to traditional pops … it might just be to find that sneaky “X”!

In that same test, Google examined the number of users who downloaded the Google+ app after seeing it advertised in an intrusive manner as well as a non-intrusive design.

They reported no change in downloads with a more subtle version of its ad.

But the kicker is that the traffic on the website increased by 17 percent with a less intrusive design.

To improve your position on Google and to make sure that users keep coming back to your site, content is key. And it will unlock many possibilities for conversions.

It’s all about permission and consent…

Instead of losing customers by irritating them, you’re attracting them by respecting their boundaries!

In addition to your mobile-friendly design, this is a surefire way to get people to come back again and again!